"Rock Scully was a hero to me. Let me explain why.
All the cowboys riding the range lived by a code. It was the unwritten law of the Wild West and Rock stayed true to the code for his entire life. Few do.
Anyone visiting Rock’s humble but warm home would know he didn’t get out of the whole Grateful Dead deal with an extra nickel. While people whose contributions were far less significant lived in relative luxury and ease compared to Rock, he nev...er veered from the path of righteousness. We know that from how he lived his life.
Rock Scully was no more ordinary a rock band manager than the Grateful Dead were an ordinary rock band. He was the scout for an outlaw tribe. He was, as Bob Weir noted, in charge of explaining the unexplainable. He was the conduit to an outside world that neither understood nor appreciated the group he represented and what they were doing. He carried this impossible duty with the aplomb and elan of a French Foreign Legionaire.
The Grateful Dead was more a social experiment laboratory than a regulation rock band. The Dead’s mission was larger than the mere making of music and performing at concerts. The band’s work encompassed many realms – from the cultural and political to the artistic and commercial, from the personal to the public, from the brave new world of psychedelics to daring, bold experiments in audio engineering. At the center of this free-wheeling enterprise, Rock Scully steered the bus as it careened through an historical epoch that will remained unmatched in the annals of rock.
Rock was less a decision-maker and strategist than he was a translator and spokesman. With his partner Danny Rifkin, the two cleared the path for one of the most unprecedented musical juggernauts of the past century. There was no blueprint for what they did. There was no map. At times, it was difficult to tell what direction was forward. But Rock knew what the essence of the plan was and he never wavered.
We know Rock was honest because he was poor. Those of us fortunate enough to know him understood Rock to be a kind, gentle, witty and brilliant man, one of a kind like his equally individual comrades in arms. Everybody played their part, nobody was indispensable, but Rock was always at the center. As much as anyone, Rock Scully was the living soul of the Grateful Dead."
You do not have the required permissions to view the files attached to this post.
Top

sad that the guy died poor
I wonder what he did after he left the Dead family?

he had to have made a little off his book at least, I know I bought a few copies to give as gifts 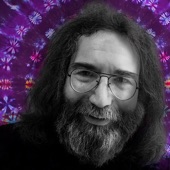 This was a great read. Thanks!
"We are in reality a group of misfits, crazy people, who have come together voluntarily to work this stuff out, and do the best we can and try to be as fair as we possibly can with each other, and just struggle though life." Jerry Garcia
Top

So sad to think of him as gone. I was lucky enough to have spent a hour talking to him one on one in Pittsburgh and also he was a good man who would give a heads up that the heat was in the house.
Ashes,Ashes,All Fall Down.
Top

I might be wrong but did he get some of the blame for Jerrys addiction?
Im going to sit right here until I die
Top

23atwell wrote:I might be wrong but did he get some of the blame for Jerrys addiction?

Here is Rock's account (from his book) of how he parted ways with the GD:
"I can feel a lot of resentment towards me after I get out of detox (in 1985). I know there are many who want me out of the GD family by hook or by crook. It's clear they want to protect Jerry and see me as endangering him. Meanwhile, Jerry is still using.
Steve Parish thinks I'm a bad influence (true) and calls me up on charges of thieving from Garcia and the band (false). He has only one specific allegation: that I stole money from the hotel that time in New York City when we were supposedly overcharged and they returned money to us.
I am hauled in front of the Court of Higher Nonsense, which is a full on Grateful Dead meeting with all the secretaries and everything else and Parish accuses me of stealing from Garcia - the hotel money and all kinds of other money. I have no idea what he is talking about. Under other circumstances I might even find a farce like this amusing, but I quickly realize this is not the right tack to take. I try to summon up a serious (yet innocent) face.
'I've never taken anything from anyone,' I mumble. I figure this is not the time to mention Jerry's and my raiding each other's stashes. 'I dare you to come up with any evidence that I thieved from Garcia or the Grateful Dead,' I say in a stupidly highhanded manner.
As I'm leaving the meeting, Kreutzmann gives me a 'Good riddance, Scully!' which I take with a large grain of salt. I know he's on cocaine and boozed up as a motherfucker.
I go off to Lake Tahoe and come back a month later, just in time for the next official Dead meeting. They haven't found anything and I - not to brightly - demand an apology, in writing no less. I quickly realize that the only thing I might get in writing today are my walking papers.
Hunter comes to my defense. A wonderful crazily impassioned speech. You know, sort of 'This man has devoted twenty years of his life, blah blah. How can you discard someone like this, blah, blah?' What he's so shocked about I don't know. Just business as usual, baby.
They offer me six months with pay to get myself straightened out. Then I can get my old job again. But six months come and go, and somehow I see no reason to return. The thrill is gone."
Top

Thanks Dave, I do remember reading that. What shame, drugs ruin everything sometimes. It wasnt his fault that Jerry used, he would of used anyways.
Im going to sit right here until I die
Top
Post Reply
7 posts • Page 1 of 1